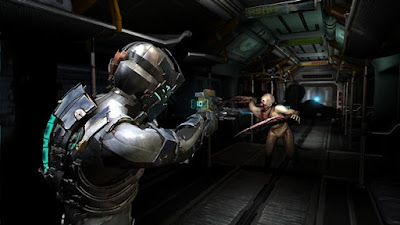 Could information on Dead Space 3 be forthcoming. BT Games, a South African retailer, seems to think so and has listed a pre-order sku for the game on its site. According to IGN BT Games has a knack for revealing games before they are officially announced. Although we could be jumping the gun and this could just be a placeholder in the event that their is an announcement.

For now EA has not made any official comments about the next Dead Space but it makes you wonder if they will with E3 right around the corner. With the first two games in the series being successfully there's more than enough to release a third. Hand me my Plasma Cutter and bring on the Necromorphs.
bt games dead space dead space 3 EA pre-order