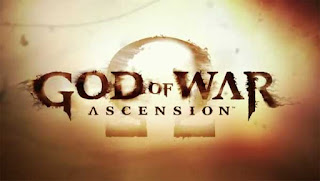 Sony announced today that Kratos will be return to the PS3 with a new God of War game. Titles God of War: Ascension the story takes place at the beginning of it all; we'll get to discover the origins of Kratos as he takes his first steps on the path to freedom and venegence.

It should be noted that although Sony did plan on revealing the game today they quite didn't make it in time. Amazon beat them to the punch releasing the trailer earlier than anticipated.