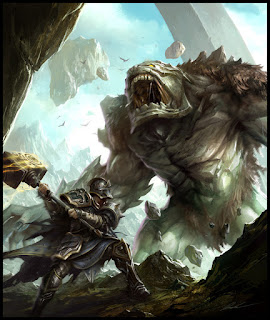 Weeks after "The Legend of Dead Kel" DLC was released, 38 Studios and Big Huge Games are primed to release their next expansion to Kingdoms of Amalur: Reckoning. This new piece of DLC, labeled "Teeth of Naros", deals with the mystery behind a dead troll god and takes you to a new land. This addition to the game promises five new dungeons, more than 20 side quests, a variety of new locations, armor sets, weapons and Twist of Fate cards. "Teeth of Naros" is scheduled to be Released on April 17 on XBLA, PSN, Origin and Steam.
38 studios big huge games DLC Kingdoms of Amalur origin psn steam teeth of naros xbla