News on Skyrim DLC May Arrive Next Week 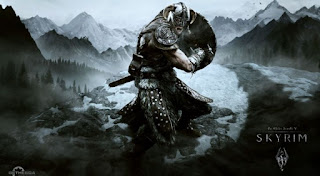 There has be news coming out of different outlets as to the first batch of Skyrim DLC. We've seen the Kinect integration trailer so we know that's coming and we've also seen images with the name Dawnguard attached to them. Other than that Bestheda has be tight-lipped on what we can expect for Skyrim DLC.

Well Bethesda's Pete Hines stated, via Twitter, that he was trying to get more information on the Skyrim DLC and possibly releasing it next week.

With that said all we can do it wait and hope to hear something about the Skyrim DLC.