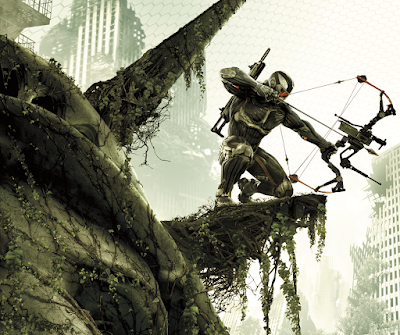 Following lasts weeks mishap that put Crysis 3 up on EA Origin store, Electronic Arts has decided to release information on the Crysis 3 earlier than expected. EA has announced that Crysis 3 will drop in Spring 2013 and will take place in New York City.

Prophet makes his return as the main character for Crysis 3 and although you'll be playing in New York City, things have changed. There is a bubble or Nanodome enclosing the city thanks to the Cell Corporation which cause the city to transform into an urban jungle (think a mix of Crysis 1 & 2). Known as the Seven Wonders, NYC has become an area with seven distinct environments all waiting to test the limits of Prophet and the nano-suit. EA has described the gameplay as Sandbox making it similar to the first Crysis.

Here's a list of the retail exclusive preorder incentives:

Stalker Pack – Includes the base game, all Hunter Edition content and the following early multiplayer unlocks: for players who like to stalk their prey from the shadows the Stalker Pack provides early multiplayer access to the deadly semi-auto Jackal shotgun. This powerful, close-range shotgun comes with a unique silencer attachment, custom weapon skin and two exclusive themed in-game dog tags.

Visit the official Crysis site for more info and signup to be the first to see the new trailer that launches in 7 days..
2013 announcement CryEngine 3 crysis 3 Crytek EA pc PS3 Xbox 360