Showing posts from 2015
Show all

We've all had to pleasure to meet Adam Jensen when Deux Ex: Human Revolution was released. Early next year we'll get another introduction to Adam and all his lovely, oh so lovely upgrades. I CAN'T WAIT. The above trailer shows off some of those upgrades and what we can expect from Deux Ex: Mankind Divided. ---- Courtesy of Games News Network
Post a Comment
Read more

Here's Your Chance to Win a Gold PS4 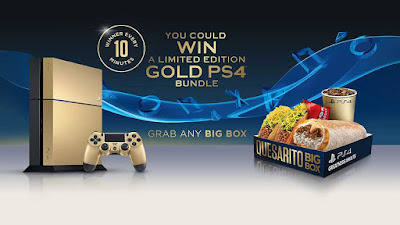 Today Sony and Taco Bell kick off their Gold PS4 promotion to celebrate PlayStation's 20th anniversary. This exclusive offer will give gamers the opportunity to win a Limited Edition PS4 prize pack including a Gold PlayStation 4 and Dual Shock controller, the Uncharted Collection and a year subscription to PlayStation Plus. All you have to do for a chance at the prize is head to any participating Taco Bell and order yourself a Big Box. With this you'll receive a unique code that you can then enter at WinPS4Bundle.com  to see if you've won. Sony is giving away a Gold PS4 every ten minutes so there will be more than enough chance to win, especially with the promotion running until November 4th. Check out the official announcement here . The minute I saw this I wanted it. So if I have to eat Taco Bell Big Boxes for the next few weeks and hope to get one, I will. Fingers crossed. Good luck to all. ---- Courtesy of Games News Network
Post a Comment
Read more 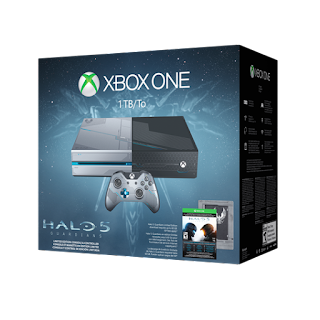 Hello there, if you're reading this you've probably noticed that I haven't done a posting in quite some time. There's a reason for that. Let me explain. You see over the past few months I've been busy, with a lot of different things. So much so that I haven't been able to sit down and write a blog post or even put a few hours towards my favorite game(s). For starters I moved into a new position at work with a lot more responsibility and workload. Right after that I started looking into a new house while trying to release a Sci-Fi book I wrote and plan my upcoming wedding. I'm now have my own place with two weeks remaining for said wedding. Most would say that's quite a lot and yes I would agree but I wouldn't change anything that's happened in the past few months. But now that all these major life changes will soon be behind me I plan to throw myself back into the fray with games, blogs and my writing. How do I plan to do that? Well I&
Post a Comment
Read more

Yesterday Square Enix officially announced the follow-up game to it's 2011 hit Deus Ex: Human Revolution via one hell of a CGI trailer. Deus Ex: Mankind Divided takes place two years after the events of Human Revolution and see's the return of our protagonist Adam Jensen. Tensions are high between augmented individuals and those without causing ever increase conflicts; that's the premise of Mankind Divided. Going by the trailer the Illuminati has a part of play in the events as they add fuel to the fire in the hostility between the two groups. Wouldn't be the first time. I can't stress enough how much I loved Human Revolution and enjoyed my playthroughs. After seeing this I'm definitely going to jump back in for another go. Mankind Divided looks like it'll let you be even more of an augmented bad ass and I can't wait for the opportunity to try out some new augments. If the actually game is an reflection of the trailer then there will be much fun t
Post a Comment
Read more 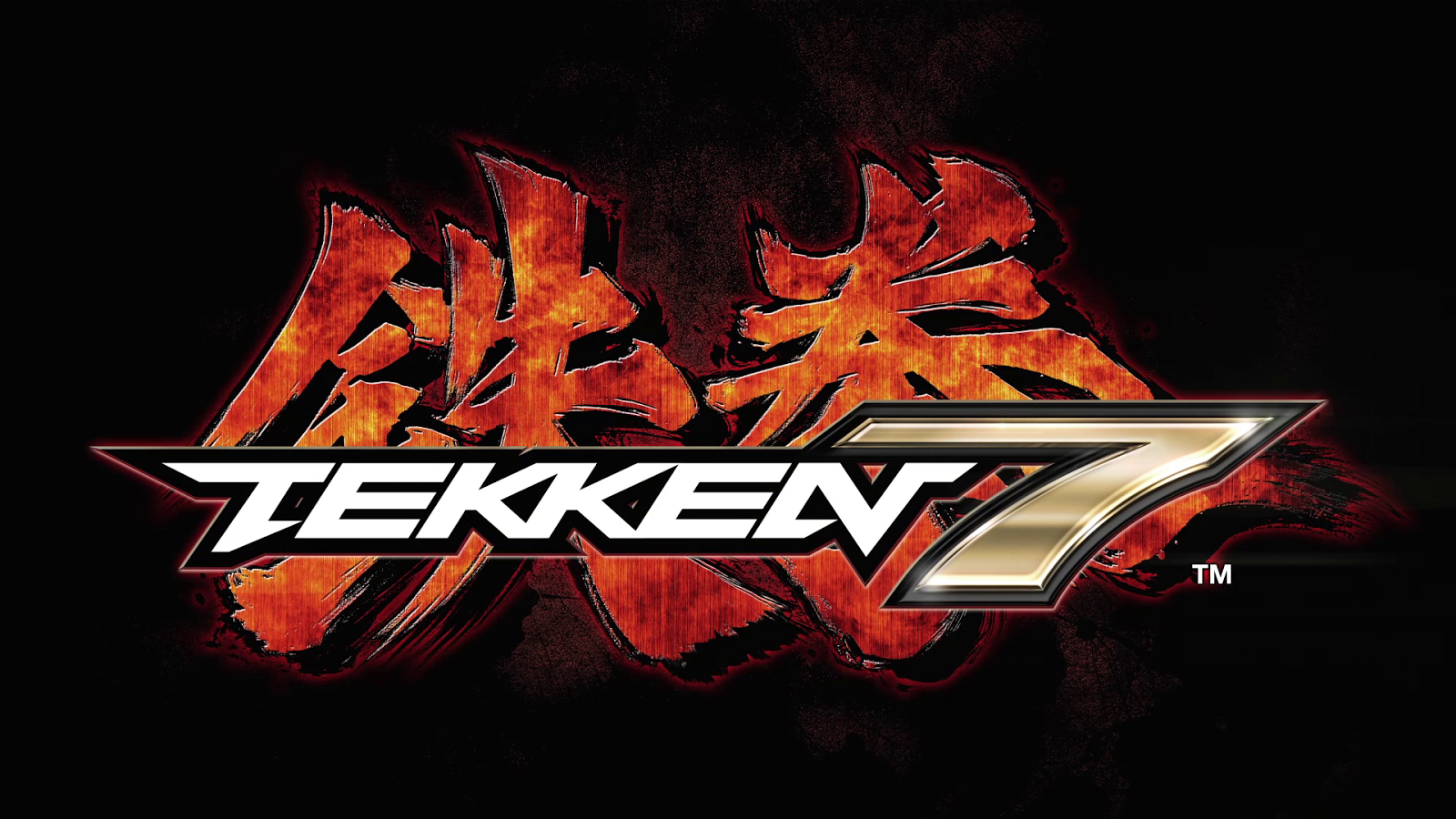 Tekken is one of my favorite fighting franchises, so when the first article I read in the morning is  this , it makes me a bit uneasy and upset.  I met, as in watched the reveal trailer for, Josie Rizal yesterday and loved her fighting style. I'm even thought of adding her as one of my faves and I haven't even played with her yet. That's how much I like the character, even knowing so little. The same way I did Alisa, Lili, Larz and all my other favorite characters. Now at the time of watching I didn't know she was Filipino until I read the article by Kotaku. So when I see it being said that she isn't authentic enough to be considered Filipino I think to myself REALLY. She's a character in a game that's based of a Filipino national hero. She's wearing the country's color and is using their fighting style but that's not enough. She has to be more aesthetically Filipino to actually count as being Filipino and to correct any misconceptions she
Post a Comment
Read more 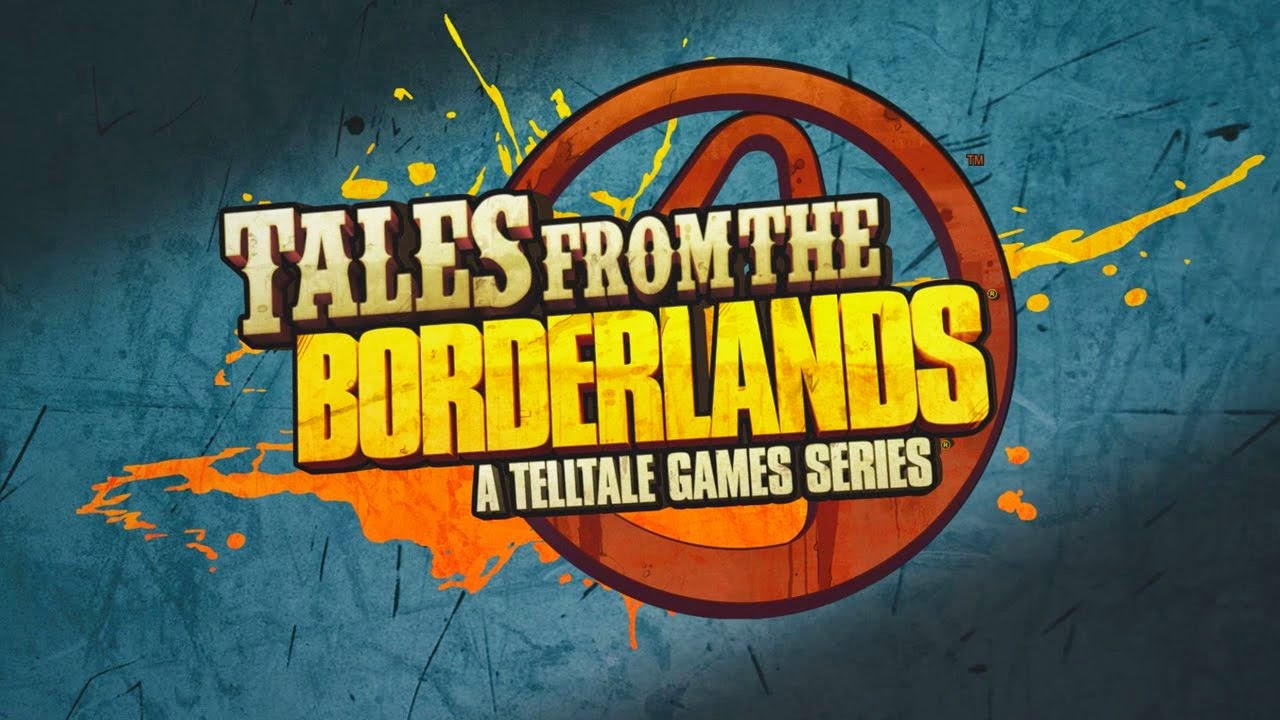 So I just finished off Zer0 Sum, the first episode of Telltale Games latest series: Tales From The Borderlands and I have to say I thoroughly enjoyed it. Now I've played both of the Borderlands games, haven't tried the Pre-sequel yet, and I've played other Telltale Games. But there's something about Tales From The Borderlands that feels right at home in the craziness that is the Borderlands universe. Yes it's a point-and-click affair but everything Borderlands is here: loot and loot chests, guns, psycho migits, over-the-top badass action and lots of laughs. By the end of my playthrough I wanted to drive right back into Zer0 Sum and make different choices to see the outcome. There's a story here that's interesting in the way it's delivered and how it expands on the world of Borderlands after Handsome Jack  (*Spoilers*)  dies at the end of the second game. With the multi-perspective approach you play as two characters, Rhys and Fiona, allowing you t
Post a Comment
Read more
More posts