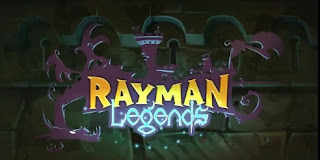 In what I'd classify as one of the craziest months in video game rumors, leaks and other happenings; its seems that it not quite over just yet. A trailer for Rayman Legends on the Wii U was leaked earlier today. The trailer reveals several of the gameplay mechanics, including how the Wii U control is incorporated, a new character and several features that the game will have.

You can check out the full trailer in Video Roll.