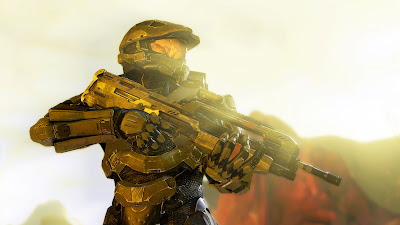 Halo 4 is set to be released this November to usher in a new series in the franchise. In addition, Microsoft also has plans to release a web series. Halo 4: Forward Unto Dawn, as it's called, will follow an UNSC recruit who was inspired by Master Chief.

The web series will have 5 episodes, each fifteen minutes long and will be premiering on Machinima.

Frank O'Connor, franchise development director at 343 Industries stated that the reason for the web series is to allow new players, who haven't played a Halo game, to easily enter this new series without having to play all the added leg work.

There's no set date for the series but here's hoping for a quality production and something outstanding from this web series.
343 industries halo 4 live action web series