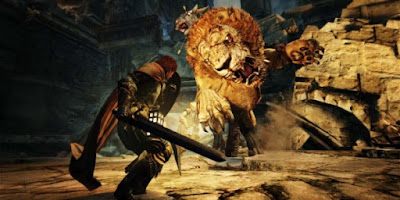 Capcom's open world RPG, Dragon's Dogma, will be released soon but before  it is you can get your hands on the demo. The demo was released today on XBL and PSN. The XBL version is exclusive for Gold member (for now).

Within the demo you'll be able to play the Prologue mission as well as a Country Side mission (each with a different class). In addition you'll also be able to customize you character and a pawn, that can be imported into the full game when its released next month. Dragon's Dogma is definitely one to watch, so get out there a give it a try.
capcom demo Dragon's Dogma