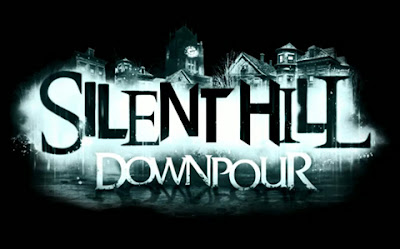 Silent Hill returns in its latest installment as a psychological horror experience to akin to predecessor in the series. Is it what fans have been waiting for or does the game fail to impress. Here's what critics had to say about the Silent Hill: Downpour.

*NOTE* I'm trying something different with the format of Review Round-Up. You'll get the score as well as the reviewers closing comment about the game.


The most frustrating thing about Silent Hill Downpour isn’t the lousy combat, dull exploration, or even the technical gaffes. It’s the fact that every now and then while playing through the game’s story, you’ll see signs of brilliance; sunlight hinted from behind the overcast sky. From the Otherworld sequences to the interesting protagonist as well as the way the very town itself is molded to Murphy’s past all make for a game that could’ve really been something special for the series. However, all of the aforementioned issues play their role in making Downpour an unfun, disappointing experience.


It does not approach the triumphant creative heights of earlier games, but nevertheless manages to keep its head well above the pitiful lows that recent installments have sunk to. All told, this is a return to greatness for a classic series, proof that there's life in the old town yet -- provided a studio with the proper respect for it is allowed to work its magic. Once again, it's a very good time to have a bad time in Silent Hill, and I couldn't be happier about that.


If only the past were so easy to recapture. Or rather, escape. Downpour is an engrossing, eerie play, but it's simultaneously empowered and constrained by its necromantic heritage. There are two sides to every Silent Hill, and like every studio since Team Silent, Vatra hasn't brought enough to the party.


I don’t regret my time with Silent Hill: Downpour, but mediocrity hung over most of my playthrough like a fog. Vatra Games shows real potential for becoming a developer that can tell great stories, but nurturing one narrative yarn would be better than juggling two ho-hum tales. I left this Silent Hill with the same feeling I have after walking out of most haunted houses near closing time – a little annoyed at having cages lazily rattled at me.﻿


Silent Hill: Downpour makes some questionable tweaks to the established formula, but those decisions distinguish it from the rest of the series. You may not agree with all of Vatra's choices, but they succeed in making an old town feel new again. And when it's the eighth installment in the series, that is quite an accomplishment.