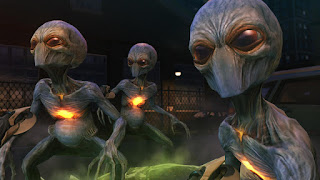 XCOM: Enemy Unknown will be released on October 9 for PC, Xbox 360, and Playstation 3 as announced by 2K Games and Firaxis. With the announcement they also announce the pre-order and special edition details for Enemy Unknown.


PC players will get the Special Edition, which includes the game, an art book, a fold-out poster of the XCOM HQ, an Insignia Patch and digital assets (wallpapers, soundtrack, etc.).

Brought to you by GameInformer