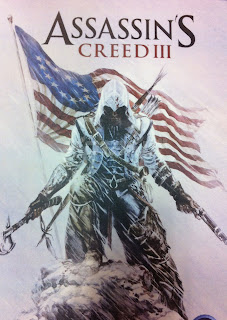 It was revealed a few weeks ago that Assassin's Creed III would be released later this year, which came as no surprise to many. What we didn't know was the location and time period the game would take place. Well thanks to a photo received by the guys over at Kotaku we now have a possible timeline. Going by the image we can see that the game may (I say may because it hasn't been confirmed) take place during the American Revolution, what we can also tell is that there will be some changes to the gameplay if you look at what he's carrying. Of course this is all just conjecture for now until Ubisoft confirms it, which is also rumored to occur on March 5.

What do you think? Could this be the next Assassin's Creed or just another concept?
assassins creed III game ubisoft