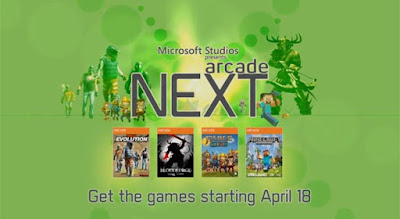 Xbox Live's House Party maybe over but Microsoft already has the next set of game priced and dated. This promotion dubbed 'Arcade Next' comes packed with four games and will be released starting April 18th. Here's what's going to be on Arcade Next, their release dates and prices.


Trials Evolution and Minecraft are the ones to watch, both have an established fan base and they've been waiting.