Epic Mickey Sequel in the Works 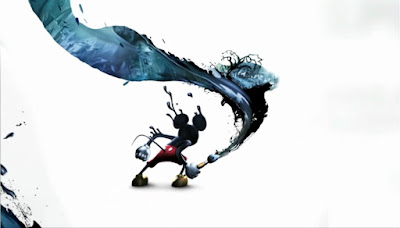 Epic Mickey 2: The Power of Two is a sequel to 2010 action-adventure game staring Mickey. This time around its not just about Mickey, he will be joint by Oswald the Lucky Rabbit. Oswald be all the game to have drop-in drop-out co-op and like Mickey, Oswald will have an ability of his own. Where Mickey wields the brush, Oswald will have a remote control that lets him control electric. Put together this will allow the two to overcome various obstacles. In additional Epic Mickey 2 will have full voice acting which will include a voice-over for Oswald who was never voiced before in a Disney cartoon.

A completely new element, Epic Mickey 2: The Power of Two will be a musical. Warren Spector, the Designer behind Epic Mickey, is quoted as say "when a character breaks into song, which they do on a regular basis in this game, it's magic".

There you have it Epic Mickey 2 is on it ways and it will be new experience. The game is being developed for Wii, PS3 and the Xbox 360.