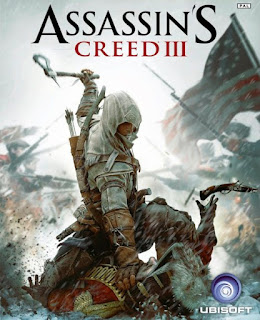 Just a day ago we were looking at a leaked image for what was rumored to be the new character and setting for the next Assassin's Creed game from Ubisoft. What we have here is a confirmation of those rumors. The image to your left is from Assassin's Creed III's box art and as you can see the game will take place during the period of the American Revolution. No word yet on the name of the assassin but there has also been several leaked images from the game floating around the net. [Here they are courtesy of Destructoid]

Assassin's Creed III will be released later this year and you can expect Ubisoft to dish out some information on this game in a few day.
assassins creed III box art ubisoft