- January 06, 2012
Released on December 17, 2011 in Japan, the PS Vita saw good sales numbers during the first two days of launch. However the following weeks after its initial launch have not been as kind. In its third week the PS Vita sales dropped to 42, 648 well below the 321, 407 units sold in week 1 and 72, 479 units sold in week 2. These numbers are surprising; one would figure the PS Vita, in all its technical wonder, would produce constant numbers. This situation seems all too familiar as the Nintendo 3DS had similar problems. However, several months and a price drop later 3DS sales have picked up. It’s difficult to assess how this will translate when the Vita hits U.S. retailers next month but if sales mirror Japan, Sony may have to adapt a different approach. 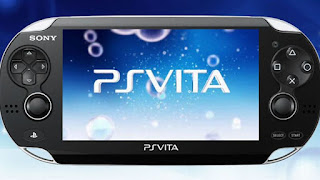 Is the price of the PS Vita hurting Sony’s sales? Is the need to buy additional hardware for the device the cause? Could it be the limitation of one PSN Account per device? What about the influx of tablets and mobile phones that makes mobile gaming more accessible? Does Sony not have the right software to move the Vita?

What are your thoughts on the sales numbers and predictions on the U.S. launch?