It Begins...Another Year of Great Games 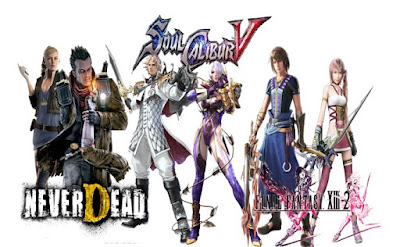 It is January 31st, the starting bell has rung and we are now off into the 2012 game year. Final Fantasy XIII-2 and Soul Calibur V are just two of the games that mark the beginning of this delightful year. It only gets better from here, February is a big month (check out Gametrailers February release video), and every month after opening with Kingdoms of Amalur: Reckoning and The Darkness II. The highlight of February is the launch of the PlayStation Vita on February 22. Mass Effect 3 drops in March, Prototype 2 and The Witcher 2 drops in April while the end of the year doesn't get any slower with Resident Evil 6, BioShock Infinite and Metal Gear Rising Revengence.

That's just the tip of the spear. There are still several titles that do not have confirmed release date as well as titles that have yet to be announced. Each month holds alot of possibilities and my wallet is already quivering at the mere thought of what those months may hold.