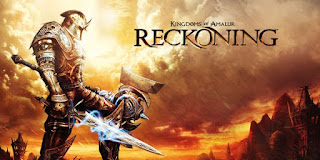 The Kingdoms of Amalur: Reckoning demo drops today on the XB Game Marketplace. Those who are eagerly awaiting this game can now get a taste of it by playing the Introductory level followed by a 45 minute session in the game world. As mentioned last week, playing the demo unlocks items for both Mass Effect 3 and Reckoning games respectively. Reckoning is schedule to be release on February 7 in the US and February 10 in EU.

With many people still enjoying the world of Skyrim, how do you think Kingdoms of Amalur will fare when it's released?