- January 06, 2012
Back in 2010, Capcom and Ninja Theory released a trailer with a dark haired protagonist by the name of Dante, the trailer ended with the name DmC-Devil May Cry. This was to become the reboot of the Devil May Cry series. However, the look of the new Dante didn't go over too well with series fans and creator Hideki Kamiya. A year and several gameplay videos later some of the fans have come aboard while others still protest Dante's new look. As a result Ninja Theory has taken a lot of negative comments about this redesign, the latest being death threats. 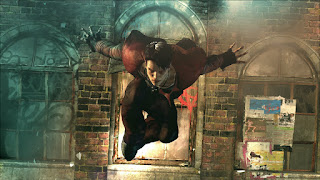 We all love the video game industry, each in our own way. The industry innovates on a regular basis to keep the market growing. When did innovation become a bad thing? A reboot is done to add new life to a franchise and Ninja Theory is trying something new. In no way should they receive threats for taking a new direction with DmC. No matter how much you change him, the name Dante will always be synonymous with the white-haired cocky devil-hunter. Based on the gameplay videos that have been released Ninja Theory seems to be on the right track with combat. They have quite a name to live up to and with the game slated to be release this year lets see if Ninja Theory can bring back everything we know and love about the series.