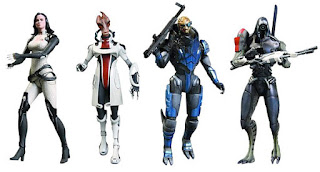 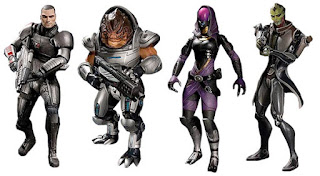 Mass Effect 3, BioWare's Action/RPG hits stores in March but it is already getting alot of attention. We've already heard that the Demo drops on February 14 and allows you to unlock in-game items. We've also heard that pre-ordering the game entitles you to more items depending on who you buy it from. That's a lot of incentives right? Wrong, EA plans on releasing a series of 8 ME inspired action figures. Each figure, apart from being pretty cool, has packaged with them a card that gives you a code for access to bonus in-game items. This means 8 cards for 8 different pieces of content. But wait there's more. [via GameInformer] 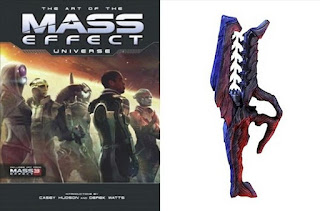 It has also been announced that the Art of Mass Effect Universe artbook will include a download code for the Collector's Rifle when you pre-order from Barnes & Nobles. Those who played ME2 should remember this sweet assault rifle. Along with the collector's rifle the artbook also comes with other content to make your game easier and more enjoyable. The only downside is that it seems these codes(Figures & Book) only work for the PC and Xbox 360 owners of the game leaving PS3 owners out in the cold. [via joystiq]

What do yo think of the different ways of receiving in-game items for ME3 and which will you be getting?