Earn In-game Items from ME3 and Reckoning demos 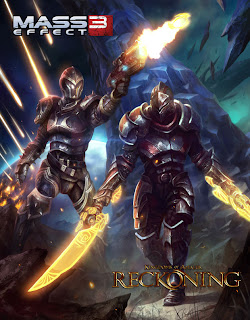 In a great start to this mornings industry news, the demos for Kingdoms of Amalur: Reckoning and Mass Effect 3 will both offer gamers a chance to receive in-game items. The Reckoning demo will unlock items for ME3 and itself respectively, while the ME3 demo will unlock items for Reckoning. Both demos are slated to be released this month so be on the lookout for them on the Game Marketplace. Check the list below for a look at the items you can get by playing each demo.