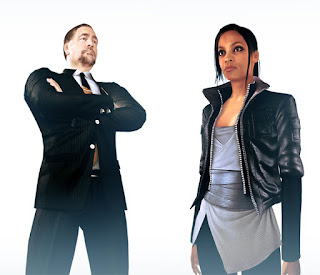 Starbreeze and EA have revealed the voice behind two of the characters in their upcoming game, Syndicate. Brian Cox and Rosario Dawson play jack Denham, the CEO of EuroCorp, and Lily Drawl, a top scientist at EuroCorp and creator of the DART6 chip. Both Cox and Dawson are well known from their various films and it's great see them lend their talent to Syndicates reboot. Syndicate launches February 21st and 24th in the US and Europe repsectively.