Kingdoms of Amalur get New DLC 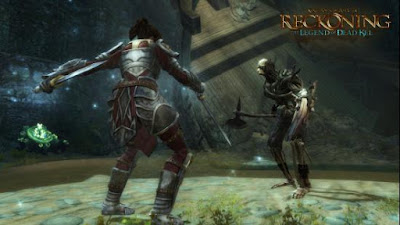 The Legend of Dead Kel has been announced today as a new piece of DLC for Kingdoms of Amalur: Reckoning. The DLC has you completing a new questline and exploring a new area. In addition you also face off against new enemies, acquire new Twist of Fate, Items, a new House for your player and more. The Legend of Dead Kel is set to be released on March 20th for 800 MSP or $9.99 on PSN/Steam/Origin.