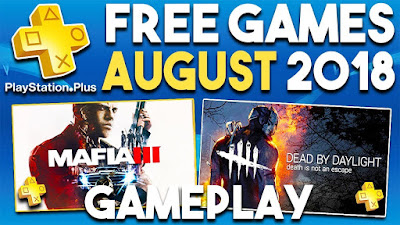 August has come and Sony has several interesting free games lined up for its PLUS members. Coming this month on the PlayStation 4 are Mafia III. An open-world game set in the fictional city of New Bourdeaux where you play as Lincoln Clay who seeks revenge against the Italian mob. Then there's Dead by Daylight, an asymmetric survival horror online multiplayer video game where one player takes on the role of the killer and the others the survivors.

On the PlayStation 3 front is Bound by Flame. It's an action role-playing game that puts you in the role of a hero possessed by a demon. Up next is Serious Sam 3: BFE a first-person shooter where you battle against hordes of enemies.

Sony is also offering Drawer Slasher and Space Hulk for PS Vita and as a bonus Here They Lie, a PS VR title and Knowledge is Power, a PS4 PlayLink title.

All of these games are currently available and will be so for the remainder of the month through early September.