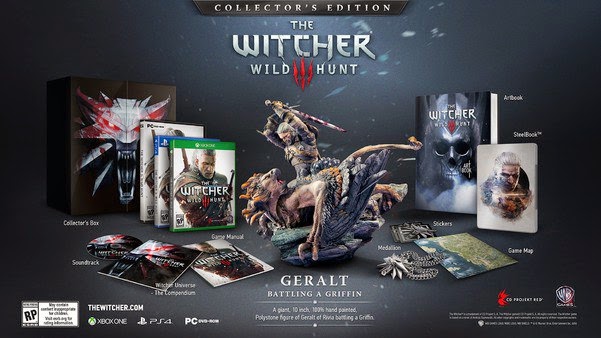 A Standard Edition and Digital Edition of the game also exists. The Standard Edition will only include the game, the manual, the compendium, the map, soundtrack and stickers. The DRM-free version of the game will come loaded with a digital art book, bonus videos and a detailed map. Those who choose to purchase the game from GOG will receive an extended soundtrack, comic book, concept art and avatars, wallpapers, a copy of Neverwinter Nights and its expansions, and 2 beta keys for The Witcher Adventure Game.