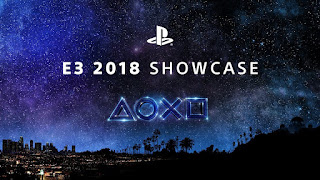 Last year Sony blew me away with their conference. The number of games they had to show us, many of which I've played over the last year and that I'm still playing to this day, became hits and best sellers.

Tonight I hope for more of the same. Sony kicked off their conference with a musical interlude and then goes right into Last of Us 2. It opens with brilliant cinematic and transitions seamlessly into gameplay. I have friends who don't even own a PS4 talking about just this intro beat out anything Microsoft showed off the day before. That speaks volumes to me. Last of Us 2 looks and plays like a marvel. 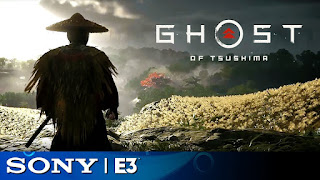 After a brief intermission, which wasn't that brief as I sat at the edge of my seat patiently waiting for it to return. Sony came back with Ghost of Tsushima which had a mix of stealth and combat gameplay. They showed off a new game called Control and then stunned everyone with the reveal of Resident Evil 2 Remastered.

OMG, Kingdom Heart III in Pirates of the Caribbean. I can't freaking wait. My favorite game and one of my favorite movies together. Oh boy. So, we got both the Frozen world and the Pirates world revealed over the past two days.

No matter how much I see of Death Stranding, I still can't understand the game. Like, what is this game? WHATTT. Someone, please tell me. I don't know if what I saw was gameplay or something else entirely.

After all of that Sony ended the night with more gameplay of Marvel's Spider-Man which saw Peter going up against the Sinister Six. Having just finished God of War this is the next game I'm dying to get my hands on.

I have to say that I was expecting more after the Spider-Man gameplay but that was it. It was over. Although they did show off more after the conference but Sony didn't show anything really new and it was over far too quickly.