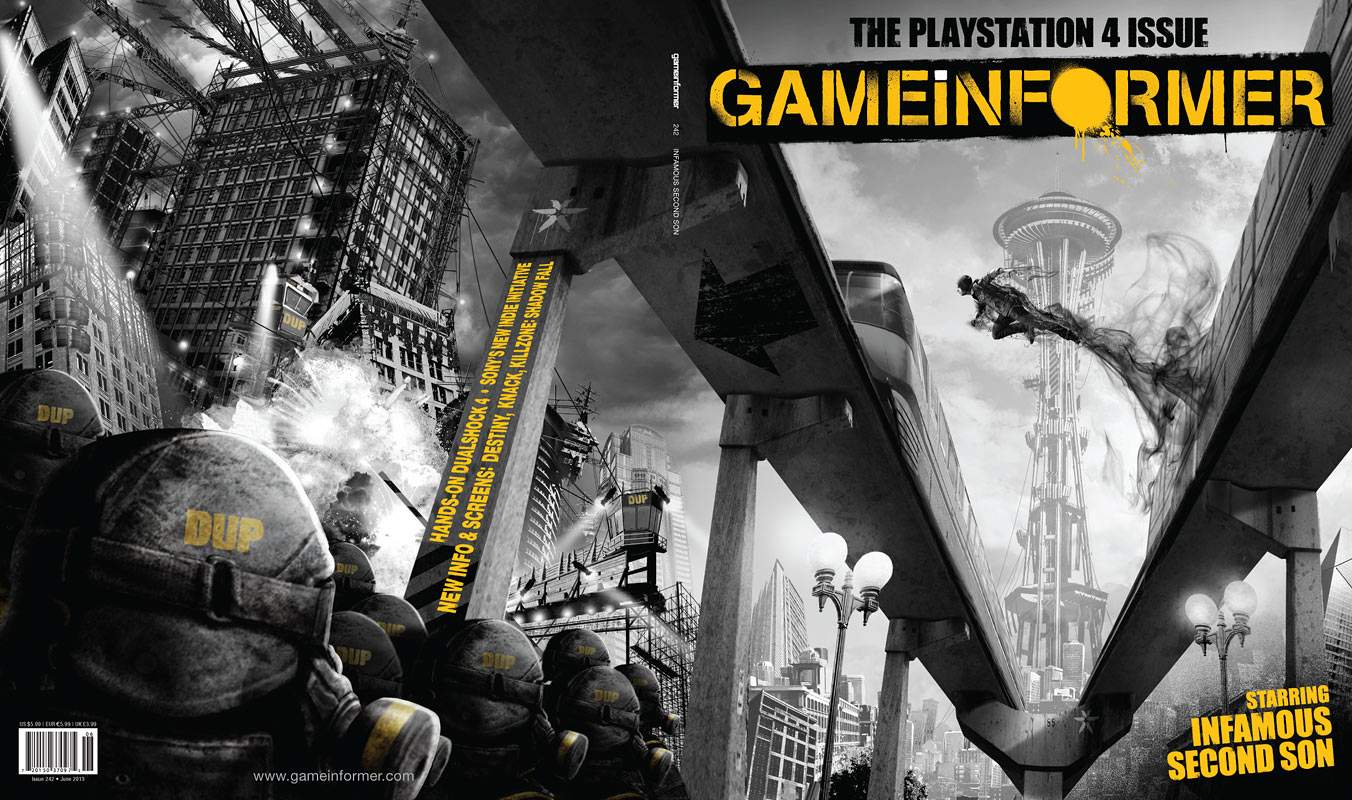 Recently Game Informer revealed the cover for their June issue. This issue, which should be available now for digital subscribers and in a few weeks for printer subscribers, has be dubbed the "definitive" PlayStation 4 issue. It covers everything PS4, from the future of the console to the new swanky controller to games. Games like Infamous: Second Son from Sucker Punch. Second Son will have a 10-page spread in the issue that will most likely be filled with juicy bits about the upcoming PS4 exclusive.

For now that's all I can tell you about the game with a certainty, but make sure to check out Game Informer daily as they have a month long campaign going that will be revealing exclusive Second Son content. You can check out the Infamous: Second Son HUB for all latest information.

I'm excited to learn more about Infamous: Second Son, the first two games were brilliant. If this is a launch title for PS4 then Sony already has me down for a console.